How to eat dark matter

The nature of dark matter remains one of the most exciting and challenging problems in physics. It's been a problem for decades. Models which postulate new light particles are amongst the most well-motivated by particle physics.

The most striking prediction of scalar field dark matter models is the condensation of a central self-gravitating structure (a ``dark matter core'') at the center of galactic halos. The presence of this structure can, for instance, leave an imprint in the orbits of stars and heat globular clusters (increasing their size over time). However, all analyses have neglected the presence of a central massive black hole which may (and is expected to) be present in those regions.

A black hole is a one-way membrane, so a black hole placed at the center of a dark matter structure will eventually swallow it. How long does it take for this to happen? How does the evolution proceed?

Now, in a recent Physical Review D Letters, using numerical relativity methods, Vitor Cardoso, Taishi Ikeda, Rodrigo Vicente and Miguel Zilhão studied rigorously for the first time the accretion process and the survival time of these dark matter cores. These results are crucial for any tentative constraint on scalar field dark matter models that is based on the presence of a core. In particular, our results show that for a sufficiently large scalar's mass the soliton can be almost completely swallowed by the parasitic black hole at the present cosmological time, suppressing its effect on the surrounding baryons.

More importantly, this Letter deals with the fundamental process of black hole accretion of a self-gravitating scalar field structure, which, while being such an elementary system, was never fully solved in the relativistic regime in the past. 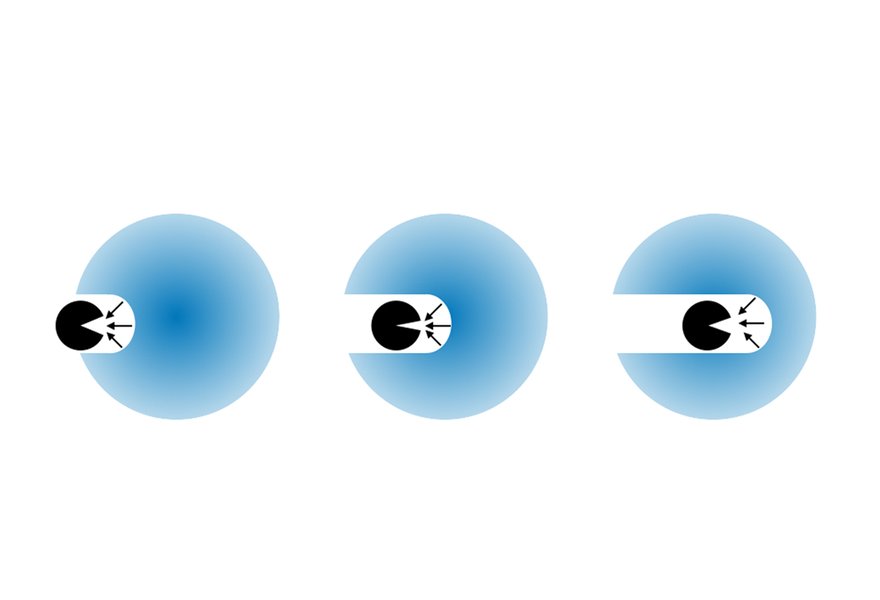