Wormholes are often featured in science fiction because they permit travel over interstellar and intergalactic distances within a human lifetime as measured on Earth. Wormholes are also of theoretical interest in gravitation as examples of spacetimes with nontrivial topology.

In a recent article, see here and here, Justin C. Feng, José P. S. Lemos, and Richard A. Matzner investigate axisymmetric portal wormholes, which are supported by a single loop of negative mass cosmic string. They show that for a thick smoothed cosmic string the mouths of the portals do not gravitate. If an attempt is made to collide the mouths, a singularity forms.

​A pedagogical discussion can be found in the Wolfram community article here. 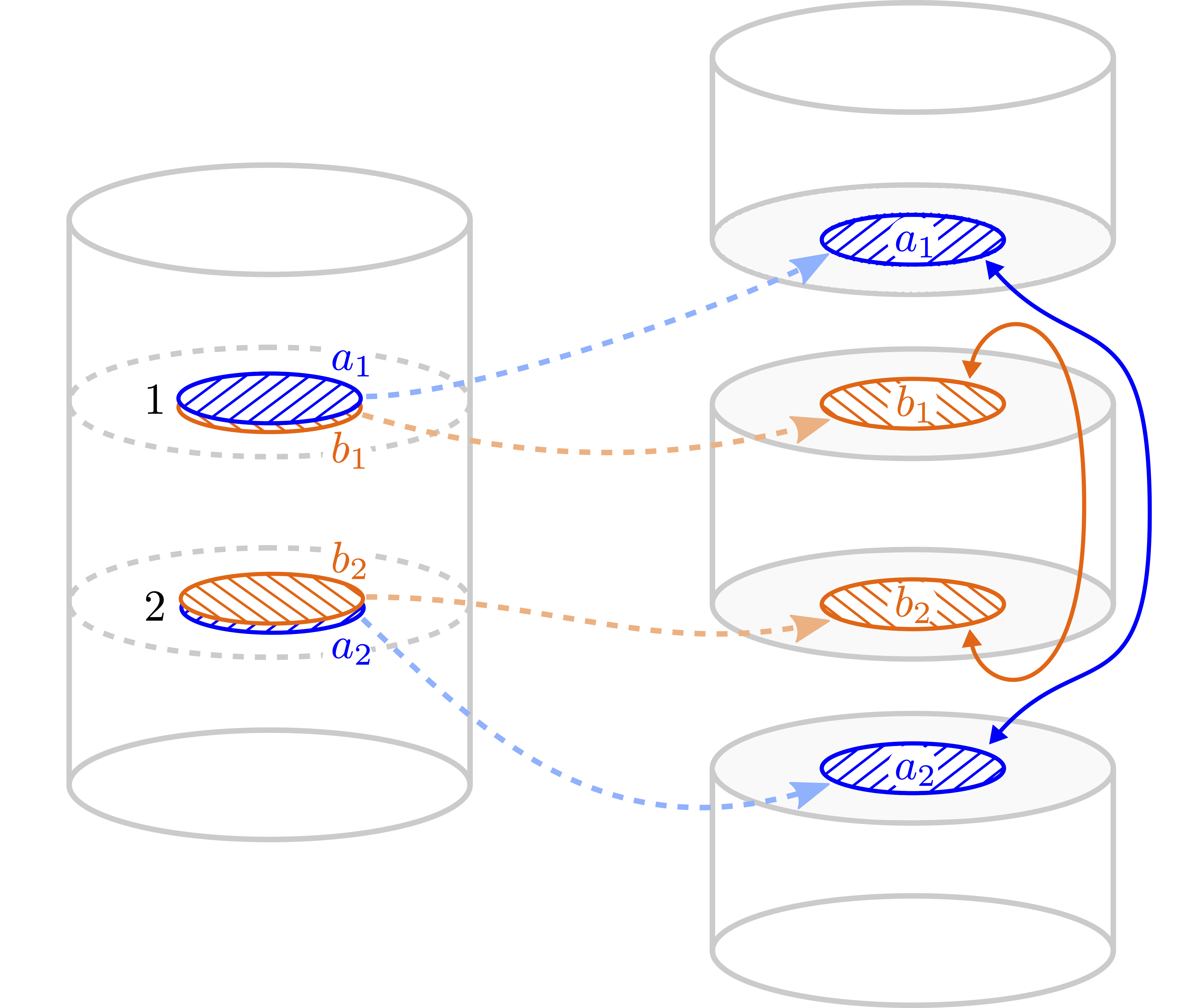 Figure. Construction of an axisymmetric portal in three spatial dimensions. Consider two flat disks (labeled 1 and 2), then imagine performing a cut and paste procedure, gluing the top face of disk 1 (labeled a1) to the bottom face of disk 2 (labeled a2) and vice versa.