The 2020 Nobel Physics Prize was shared by Roger Penrose, Reinhard Genzel and Andrea Ghez, for their seminal work on black holes and observations of the supermassive object a the center of our galaxy.

This is the era of black hole physics. CENTRA featured in Nobel announcement, where a paper by José Lemos is cited as the reference for where black holes got their name from.

In addition, Reinhard Genzel now leads an international collaboration, Gravity, to increase our knowledge on the galactic center. CENTRA is an active member, through Paulo Garcia, António Amorim and Vítor Cardoso.

GRIT has also been in the news due to its outreach effort Ateliê Cósmico, also related to black holes. A number of middle and high-school students were asked to draw their own conception of what a black hole is. The results were amazing, see this link. This initiative was prominently featured  by the main Portuguese newspaper Público, but also by Brazilian Globo, in the context of the Nobel prize award. 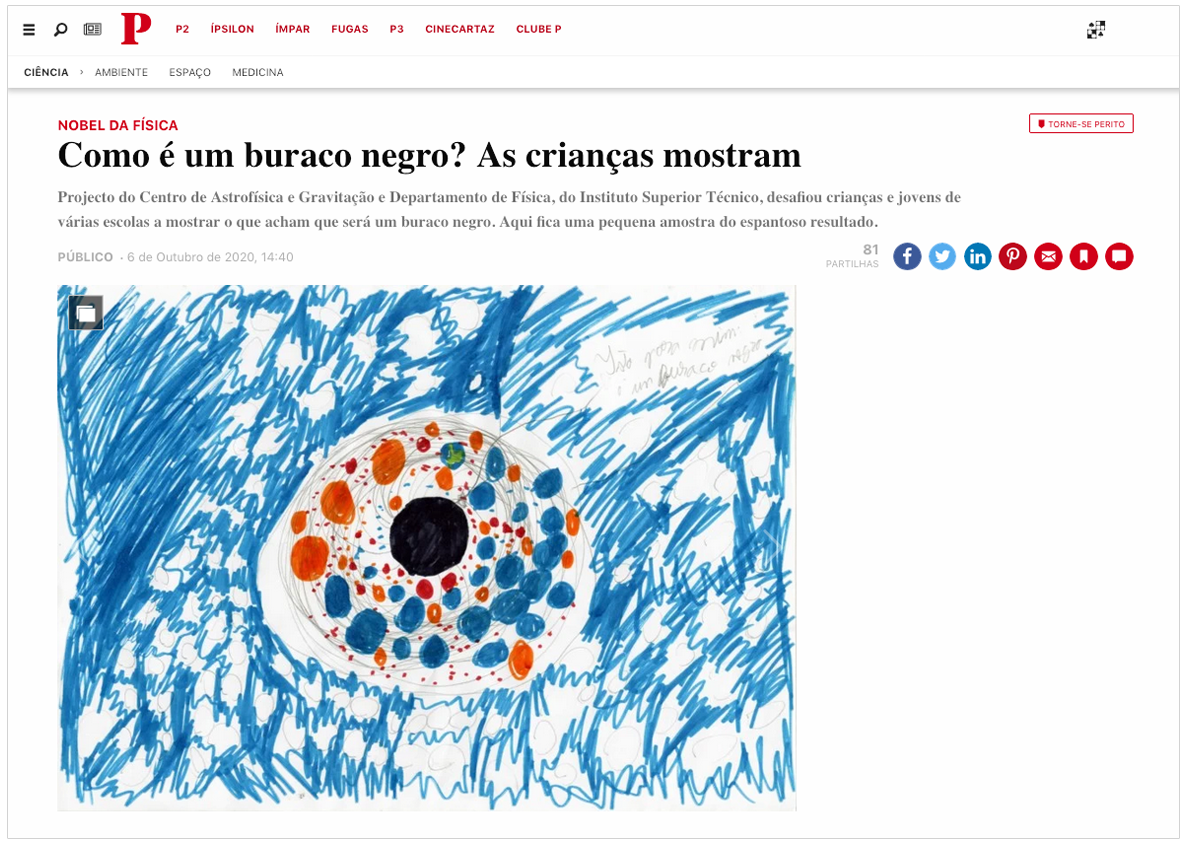