The universe is filled with unknown matter. What is it, and how to look for it? A possible answer to these questions was given 3 decades ago: perhaps new interactions are only “alive” inside high-density matter. This phenomenon was termed scalarization, whereby a dense star would awake a sleeping field. It requires an instability akin to what happens when balancing a pencil on its tip. Are dense stars all balancing on its tip?

Previous studies took the stars as almost uniform, without actually considering their internal structure. However, stars are composite bodies whose building blocks are atoms and elementary particles, and these need to be considered when investigating scalarization: it is possible that a community effort awakes fields which would be dormant otherwise. Or is it possible that “herd immunity” also plays a role in atoms and molecules?

A team of scientists - Vitor Cardoso, Arianna Foschi and Miguel Zilhão - from GRIT at IST simulated the behavior of complex stars to answer this issue. Their results were published in Physical Review Letters. They saw collective efforts to scalarize the star, situations where the fundamental building blocks alone are unable to wake the field, but working in team they can drive the star to its tip. However, the team also concluded that this is a rare situation: for all interesting astrophysical scenarios, averaging over is a good enough procedure.

The resulting dynamics is illustrated in the following image, where a cubic configuration of spheres is used to model a lattice of atoms. Individual objects (spheres) do no scalarize in isolation, but do so collectively. Color depicts intensity of scalar field. 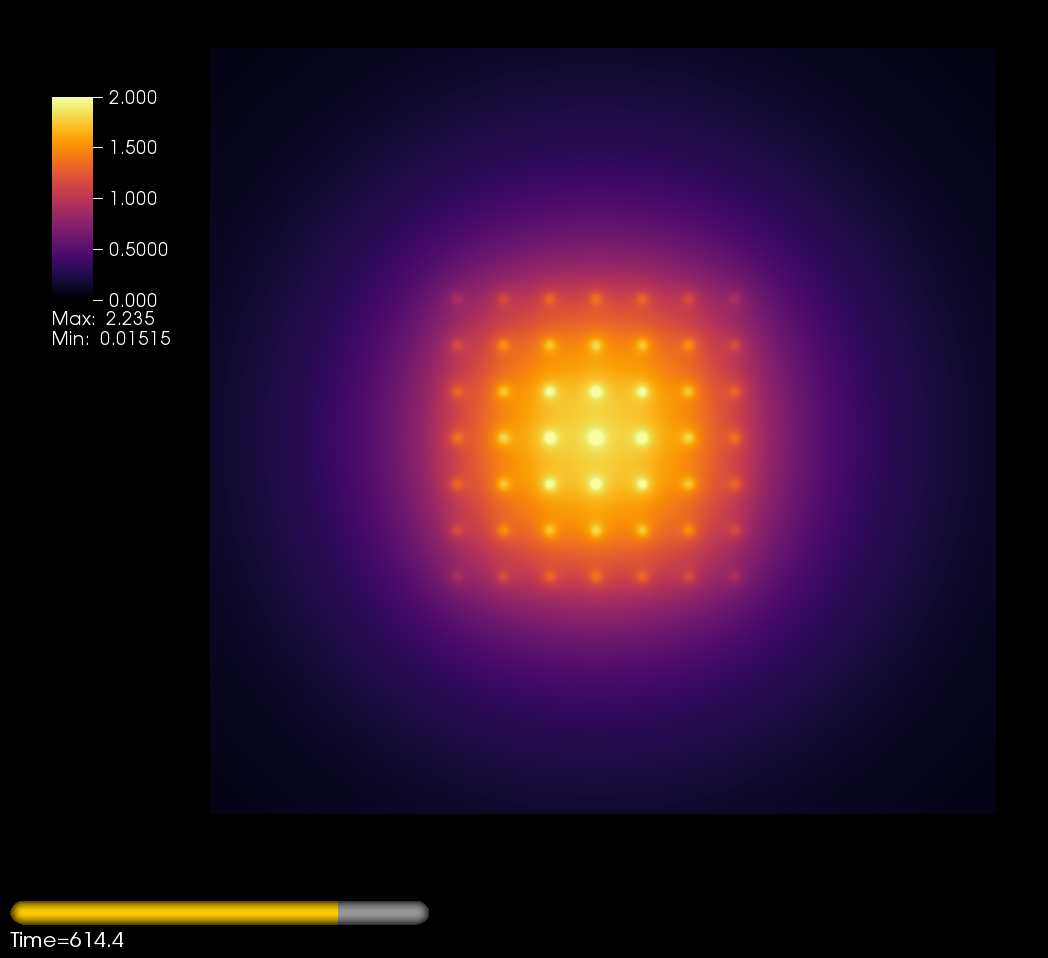