The Dark Side of Black Holes

Vitor Cardoso was a plenary speaker at the Workshop on ”The Dark Side of Black Holes” organized by the International Solvay Institutes, held in Brussels from 3 to 5 April 2019.

It has been long hypothesized that there might be a close connection between black holes (BH) and the dark matter of the Universe (DM). That connection potentially goes both ways. For one, BH could have formed already in the Early Universe by gravitational collapse of density fluctuations. Such primordial black holes (PBH) could have survived till present epoch and serve an attractive DM candidate that does not require a new stable particle – a particle long sought for by direct and indirect DM experiments and not (yet) detected.

Conversely, many particle DM models (WIMPs or axion-like particles) exhibit new mechanisms of BH formation, allow for compact star-like objects resembling BH or show other specific effects that make BH observations good probes for these models. The interest in such possibilities was recently spinned up by the detection of gravitational waves from merging BHs and neutron stars, observations that open new ways to study BH and similar compact objects.

In this Solvay Workshop, the most recent advances in this hot and timely topic were discussed, focusing on the interplay between black holes and other compact objects and the dark matter problem. 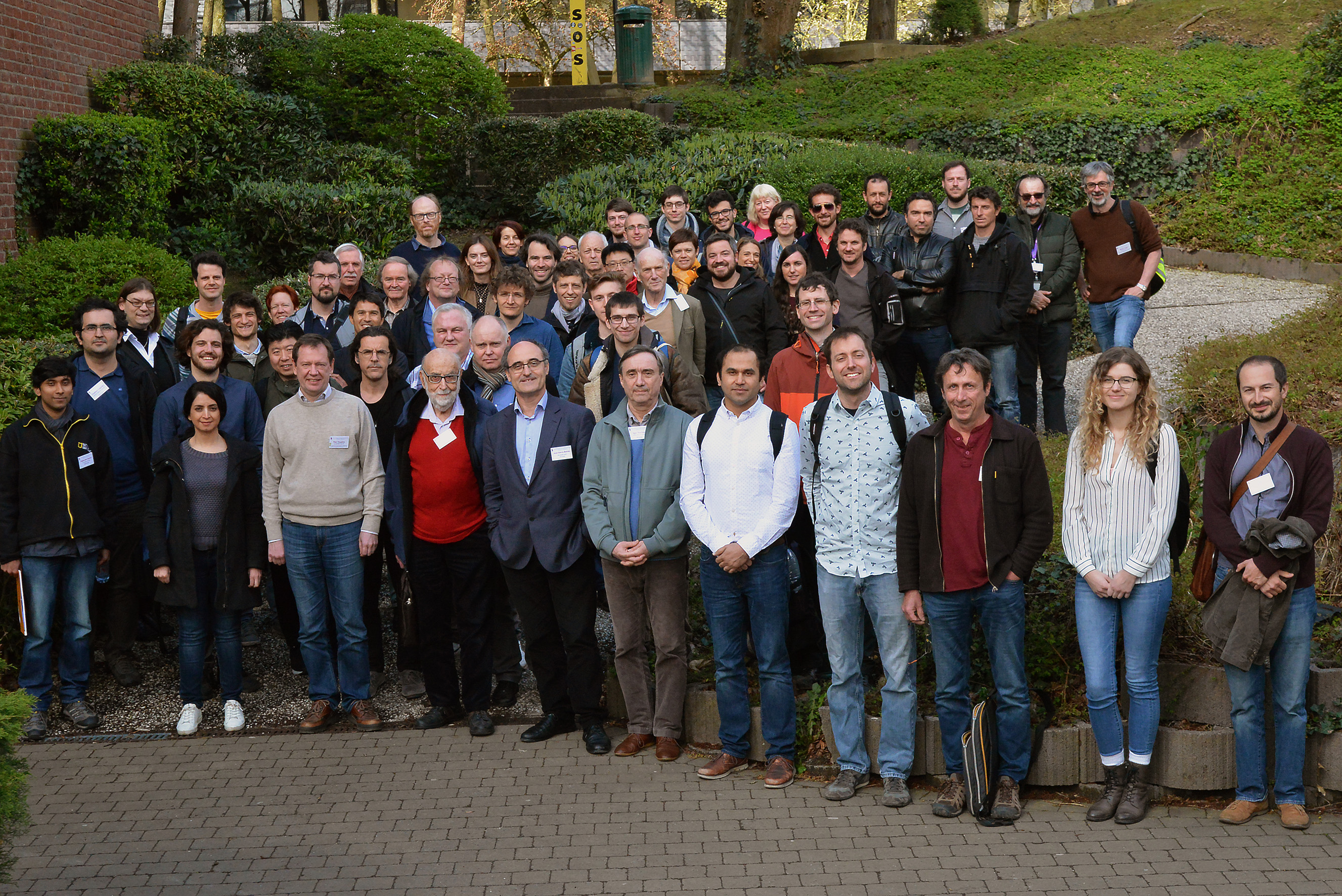