Dark matter is still one of the biggest puzzles in science: we know it exists, but we have never seen it interacting with anything else than gravity. So the search continues. One of the most promising candidates to explain its nature are axions, particles that could solve several theoretical problems in the current Standard Model of particle physics. If they exist, those particles could form gigantic but invisible clouds around astrophysical black holes. Researchers now showed that these clouds could lead to powerful bursts of light that make the entire system visible to us!

By extracting energy and angular momentum from rotating black holes, axions can accumulate around astrophysical black holes and form gigantic clouds leading to several observable consequences. Most of these studies neglected the interaction of these particles with photons: first because it is technically complicated to include them and second because it was thought that it would make little difference. Now, Taishi Ikeda and Vitor Cardoso from Tecnico in Lisbon and Richard Brito from Rome "La Sapienza" (former GTI PhD student) have solved, for the first time, the full set of equations describing this system, and showed that powerful laser-like emission from axion clouds happen even at the classical level. In other words, a nearly quiescent invisible cloud of axions can suddenly release a huge amount of electromagnetic radiation (as in the figure). These pulses are periodic and a possible clear signature of dark matter.These results have impact on searches for these new particles and could potentially lead to new ways to look for the existence of these elusive axions. Their results were published in the prestigious journal Physical Review Letters. 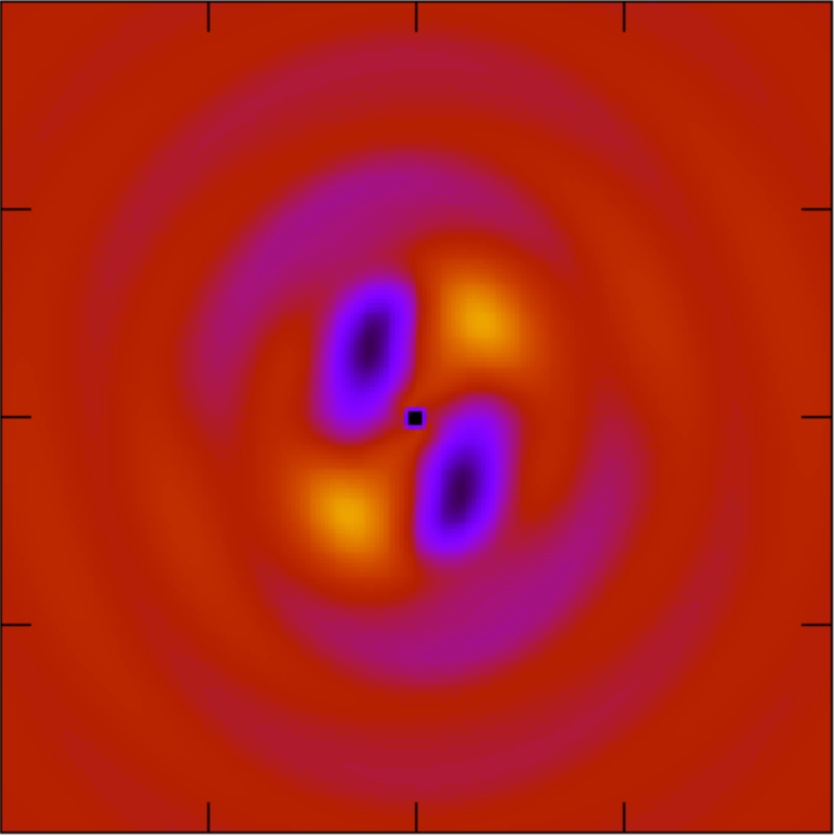