Effective ways to test our ignorance with black holes

General Relativity has been tested with exquisite precision. Nevertheless, gravity is intrinsicaly related to some of the longest-standing puzzles in science, such as the nature of dark matter and dark energy, the fate of black hole evaporation or singularities and how to combine gravity with the other interactions. Now, in a Physical Review Letters article, researchers from CENTRA/Técnico, Rome and Stanford have shown how to use black holes to understand more about the ultimate theory describing gravitational interactions.

The quest for a "better" theory than Einstein's General Relativity started Kaluza, Klein and with Einstein himself. He wanted to unify all known interactions. A century later, the reasons to look for an alternative to GR are more in number and broader. But the alternatives are just too many to explore in detail any single of them. However, researchers found a way to "lump" them together, using what is known as Effective Field Theory methods. Now, the number of unknowns is organized in a systematic manner.

Using these methods, Vitor Cardoso, Masashi Kimura, Andrea Maselli and Leonardo Senatore were able to describe the most general black hole solution and to understand how it responds when it has nontrivial dynamics. In other words, by looking at the emission of gravitational waves, one is finally able to start disentangling the good theory from all the bad ones. So far, Einstein is in the good lot...but who knows?!

The image below shows one of the most striking predictions from a possible alternative: aspherical black holes, where North and South look different. 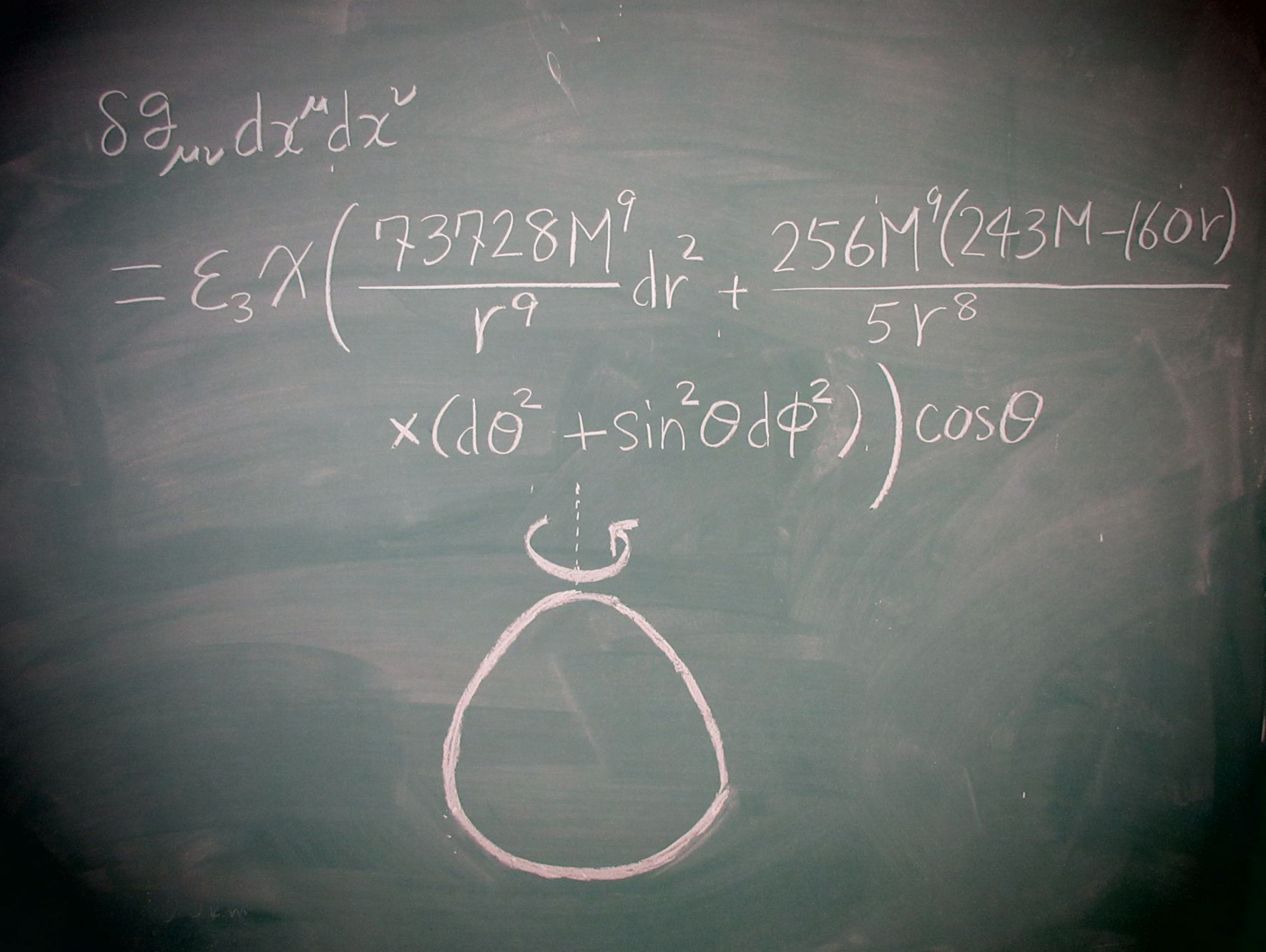