The Portuguese Society on Relativity and Gravitation has awarded the second edition of the Alberto prize to Miguel Zilhão, for his contributions to the study of numerical relativity, including black hole collisions in four and higher dimensions and the AdS-CFT correspondence. This award is granted yearly at the traditional Black Holes Workshop to a young researcher who is a member of the Society. Miguel Zilhão is a young physicist from Porto, Portugal, working in numerical relativity and computational physics. He completed his PhD degree in 2012, under the supervision of Profs. Carlos Herdeiro and Vitor Cardoso. He moved on to a postdoctoral position at CCRG-RIT, Rochester, with Prof. Manuela Campanelli, and then at Universitat de Barcelona, under the supervision of Prof. David Mateos. Since September 2017 he has been an FCT researcher at CENTRA-IST, Lisbon. 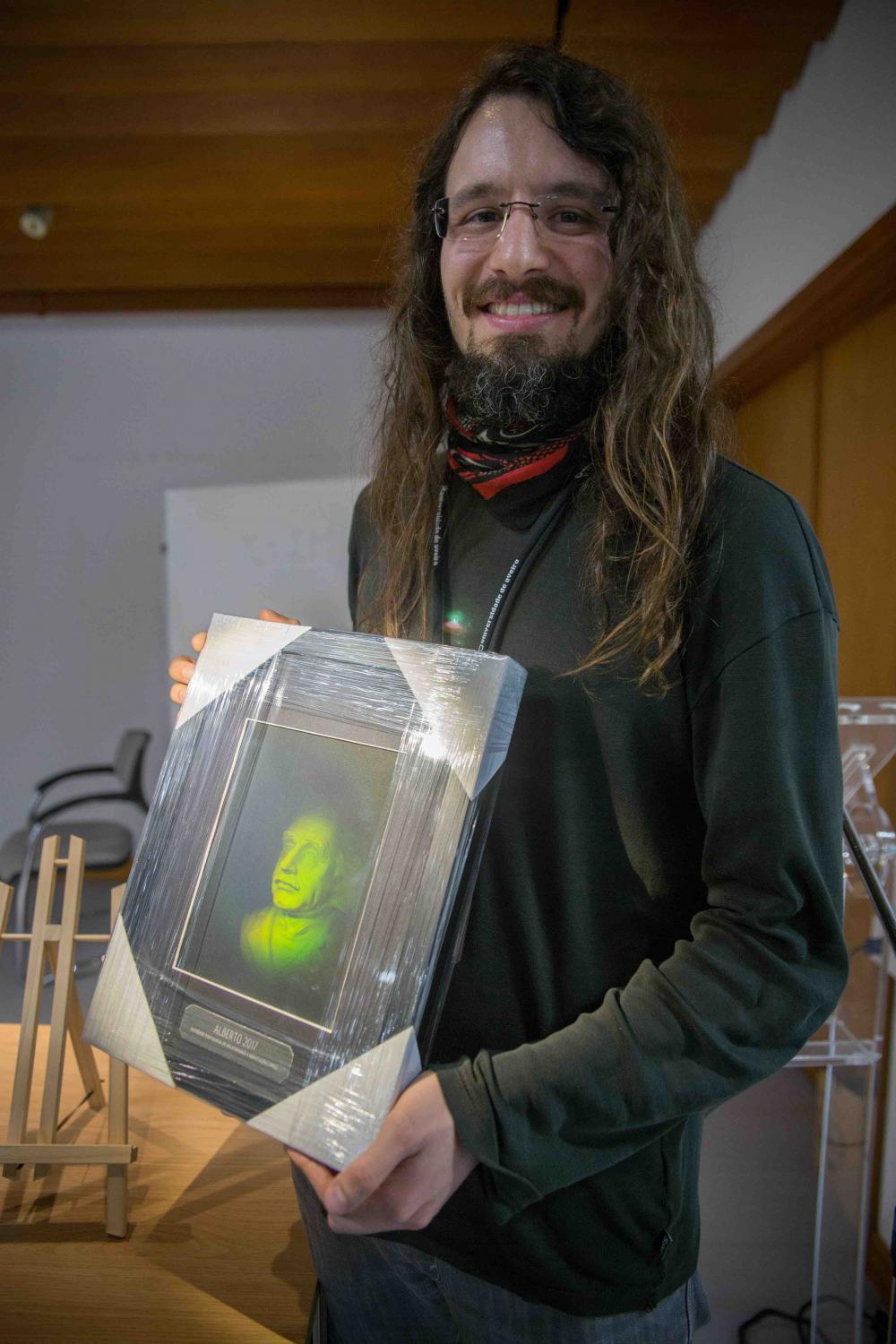