After an effort that started in 1907, Einstein presented to the Prussian Academy of Sciences, on November 25, 1915, the final formulation of his new theory of gravitation. He called it the General Theory of Relativity, or General Relativity (GR), for short. The corresponding paper was published with the title "Die Grundlage der allgemeinen Relativitätstheorie" in the journal Annalen der Physik in the beginning of 1916.

Gravitation is the most intriguing among the fundamental interactions in the Universe. In its 100-year-long history, GR has passed many stringent tests, and is now accepted as the standard theory of gravity and one of mankind's greatest achievements. In the last decades a formidable intellectual effort has shown that the full-fledged nature of Einstein's theory offers much more than a beautiful description of stellar, galactic and cosmological interactions. In the quest for the ultimate theory of gravity, new spectacular connections between high-energy physics, astrophysics, cosmology and theoretical physics have emerged.

To celebrate the centenary of Einstein's greatest achievement, the conference GR 100 years in Lisbon will be held at Instituto Superior Técnico (IST), Lisbon, in 18-19 December 2015. For those who have not yet celebrated this date, this is certainly a wonderful opportunity to pay  homage to the  the General Theory of Relativity.

The conference will be followed by the Black Hole Workshop VIII held at IST from 21-22 December 2015. All participants are warmly encouraged to attend both events.

If you are interested attending the conference, please register before October, 31st. To cover coffee breaks and local expenses, a conference fee of 30 Euros is kindly requested. There will be no registration fee for the Black Hole Workshop VIII.

Venue: "Complexo Interdisciplinar" in the Alameda campus of IST. 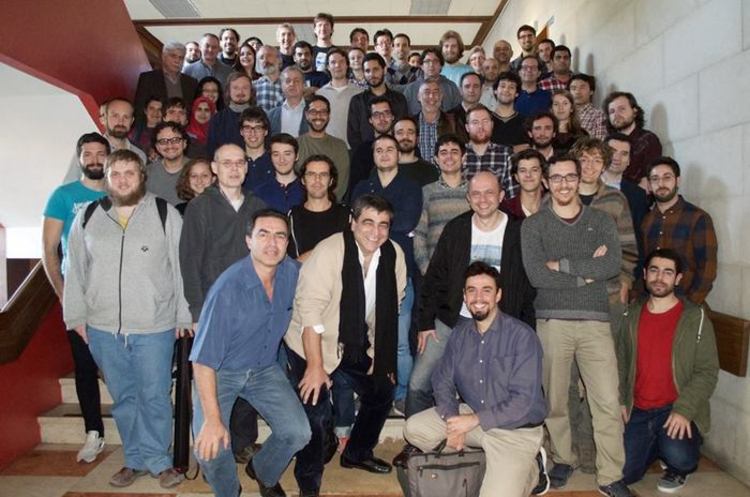 Other pictures from the conference [Credits: Samuel Rocha de Oliveira]

Credits for the text: José Sande Lemos and Paolo Pani