Celebration of the 100 years of light deflection in Príncipe

On May 29 we celebrated the 100 years of the light deflection observations carried out in Príncipe and Sobral by British astrophysicists, notably by Eddington. Stars behind the eclipsed Sun could be seen on Earth as the light rays they emitted were deflected due to the Sun's spacetime curvature. General relativity predicts a deflection of 1.75 arcseconds and the observations confirmed this value. This is one of the most acclaimed events in the history of science with Einstein being made instantaneously a global figure.

To commemorate this date, CENTRA organized the scientific conference From Einstein and Eddington to LIGO: 100 years of gravitational light deflection in Príncipe Island from May 26 to May 30 with worldwide experts in astrophysics and gravitation. The conference was integrated in the large initiative Eddington at Sundy involving both the population from São Tomé and Príncipe and the international community.

The conference has appeared in RTP television, in radio Antena 1, in IST News, and in New York Times. The live teleconference between Principe and Sobral can be seen here. 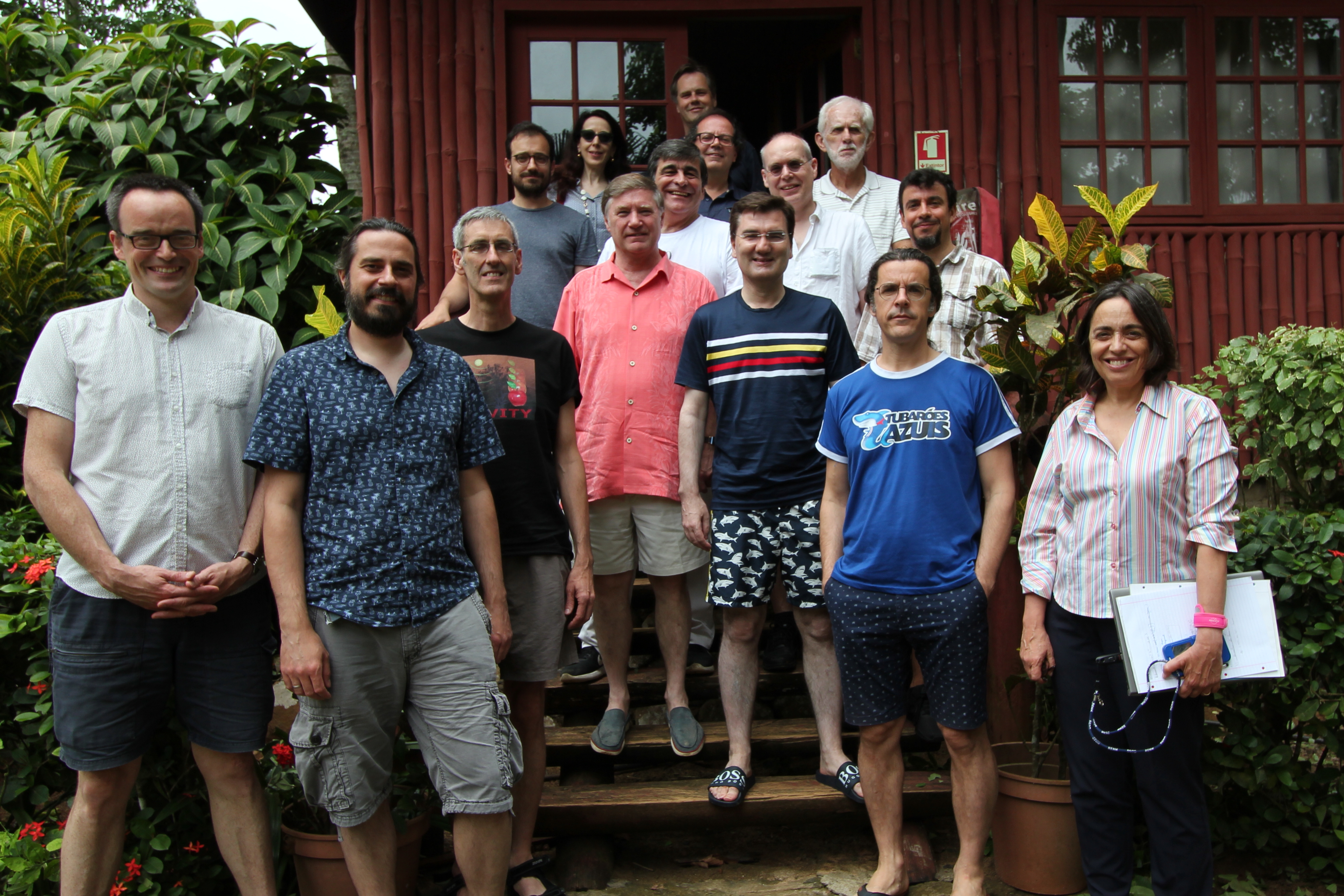 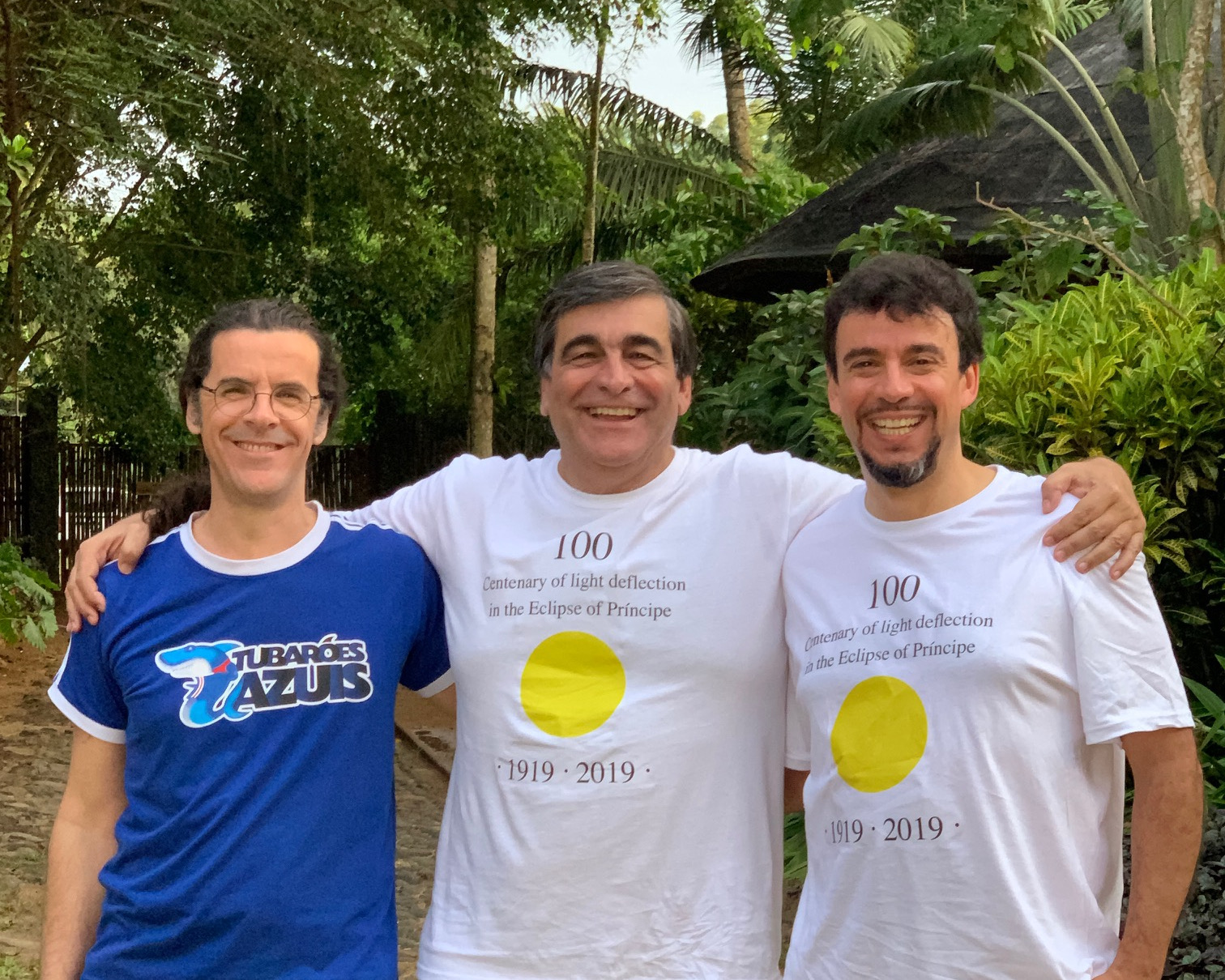 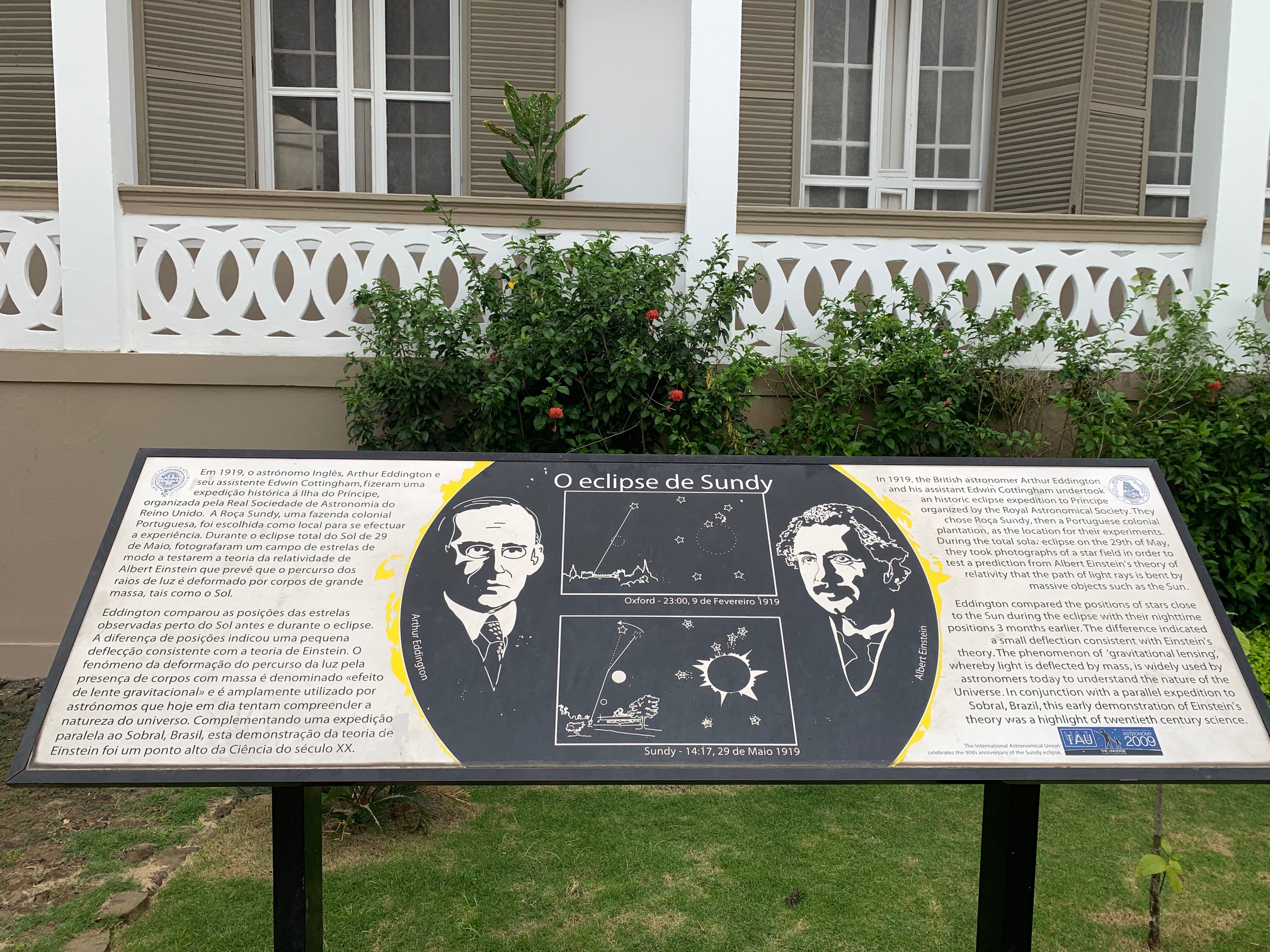 The plaque commemorative of the 1919 eclipse at Roça Sundy