This conference, organized by CENTRA with the participation of all its members, aims to thank and evoke the work developed by Jorge Dias de Deus in the foundation of CENTRA itself.

Jorge Dias de Deus (1941-2021) studied Chemical Engineering at IST, went to Imperial College and Copenhagen specializing in particle physics, and came back to IST to do first rate work in several directions.

In physics, in 1973 in Copenhagen, he developed the idea of geometric scaling which gave new insight into the scaling laws for the partons, i.e., quarks and gluons, the main constituents of the protons and neutrons.

As a professor he showed he was a real physicist as he delivered courses in many different areas of physics. When there was a gap that no one could fill, Jorge was there to give that course out of the blue.

He wrote several books for the public understanding of science, perhaps the most like interesting one is Science, Curiosity and Malediction, of 1986, which is remarkable in creativity and wittiness.

He kickstarted the Engineering Physics Course at IST in 1990, the course that nowadays has the best students of the country and makes the Physics Department a thriving department. 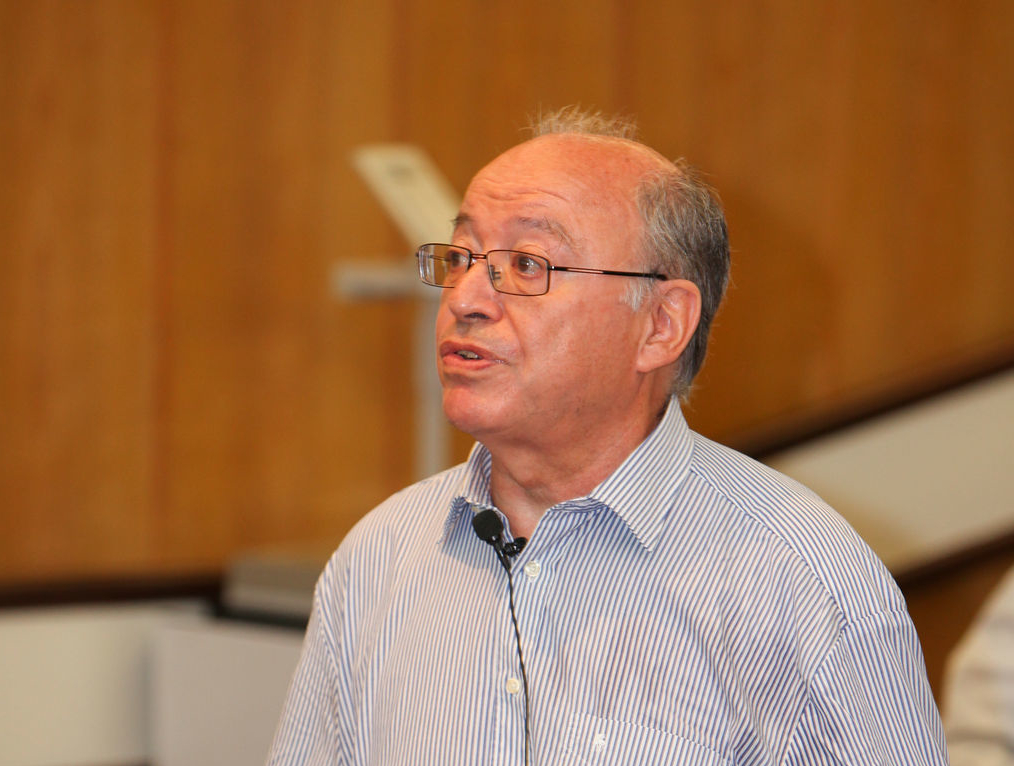 Jorge was the founder and the first president of CENTRA, the  Multidisciplinary Center for Astrophysics, as he named it, in 1994. Although he was a particle physicist, he had the great vision that the future was in astrophysics, gravitation, and cosmology, and started to promote a group, and then a center, that could wonder about these things. He proved he was totally right. CENTRA is now 27 years old, is in full flight, and our scientific area is receiving Nobel Prizes almost every other year, the latest one for black holes in 2020. To be in better accord with the science done at CENTRA, its name was changed in 2017 to Center for Astrophysics and Gravitation, the name that holds now and was also approved by Jorge.

In 2011, CENTRA organized a conference, The Multidisciplinary Universe, celebrating the 70th birthday of Jorge Dias de Deus and showing his versatility and multidisciplinarity in many areas, see https://centra.tecnico.ulisboa.pt/~centra/mduniverse/index.html.

The lectures of the conference are chosen so that the many aspects of Jorge Dias de Deus' life stand out.

Venue: The meeting is online by zoom due to the coronavirus pandemic. The link is