The Century of Strong Gravity

Einstein's General Relativity is one of Humanity's greatest intellectual achievements and, even one century after its formulation, continues to challenge scientists. In this theory, gravity is explained as an effect of the curvature of spacetime and not in terms of long-distance forces. General Relativity predicts the existence of ``entities'' made solely from pure spacetime fabric: black holes and gravitational waves. Gravitational waves carry information about the most violent astrophysical processes and are all around the Universe. However, their message has so far been lost in space because of the difficulty in detecting them.In the next few years, these missing predictions of General Relativity will be finally observed, perhaps shedding light on the unknown Universe and on the quantum side of gravity.

Richard, Vitor and Paolo have just finished a popular-science article for the IST Physics Magazine "Pulsar" (see also the Facebook page) and that will also appear in the Portuguese Physics Magazine "Gazeta de Fisica". A pdf version (in English) is available here and on the Gravity Room blog. 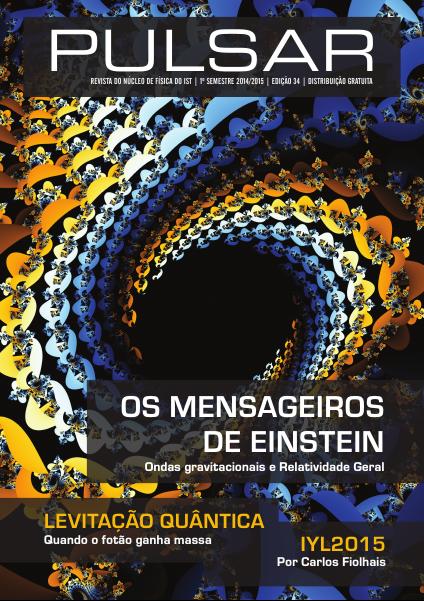