Supernovae are dramatic explosions of stars at the end of their lives. They are essential to understand the origin of the heavy elements in the Universe and crucial to measure distances and the accelerated expansion of the Universe.

An international team of scientists led by Yuan Qi Ni of the Dunlap Institute of the University of Toronto has found the youngest supernova type Ia to-date, barely an hour after the first light of the explosion. These results, that include the participation of the COSTAR member Santiago González-Gaitán, are published today in Nature Astronomy.

The supernova, named “SN 2018aoz”, exploded on the 29th of March 2018. The images taken with the Korea Microlensing Telescope Network (KMTNet) in different filters reveal a very red distribution of light during the first twelve hours of the supernova life. This indicates that the blue portion of the emission is being absorbed by a concentration of iron-like metals in the outer 1% layer of the material ejected by the exploding star.

This discovery points towards an early burning of material into heavy elements directly on the surface, or alternatively a process in which burned heavy elements from the center are mixed towards the outskirts flourishing then on the surface. These observations mark a milestone in the understanding of the explosion mechanism of type Ia supernovae. They are consistent with a “double detonation” scenario, in which a first surface ignition creates a shock wave that leads to a secondary center detonation that burns the entire white dwarf and generates the supernova explosion. 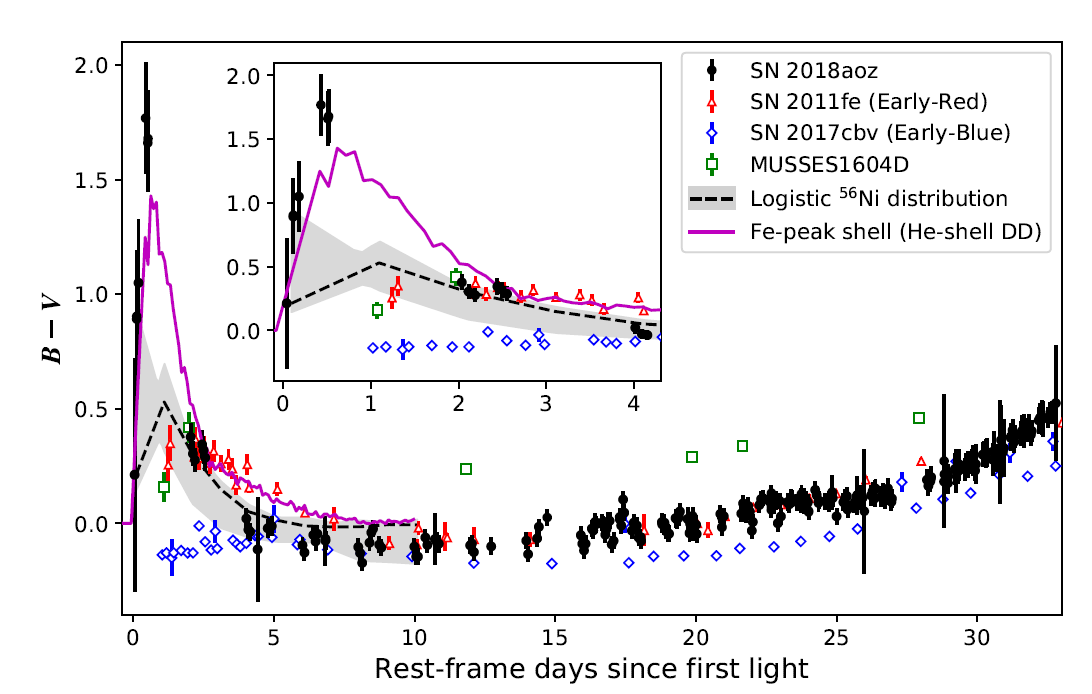