Dark matter is known to play a prominent role in the formation of large-scale structure in the Universe, by condensing in halos where spiral galaxies can form and grow. Dark matter halos extend much beyond the luminous part of the galaxy and contain the majority of its mass. For example, the galaxy disk of our own Milky Way has a diameter of 10^5 light-years and contains 10^11 solar masses. In contrast, the halo surrounding us extends to the 7x10^5 light-years and possesses around 10^12 solar masses.

Therefore, gravitational waves generated at the center of galaxies might give us hints on the fundamental nature of dark matter. To detect and analyze them properly, we need to understand better the behavior of dark matter in the strong-field region around supermassive black holes that inhabit galactic centers.

Recently, former and current GRIT members found the first analytic solution of Einstein's equations describing a black hole surrounded by a dark matter halo. Francisco presented this work on a webinar to the Theoretical Astrophysics group at University of Tübingen, exploring possible phenomenological consequences of this solution to future gravitational-wave astronomy and black hole images. 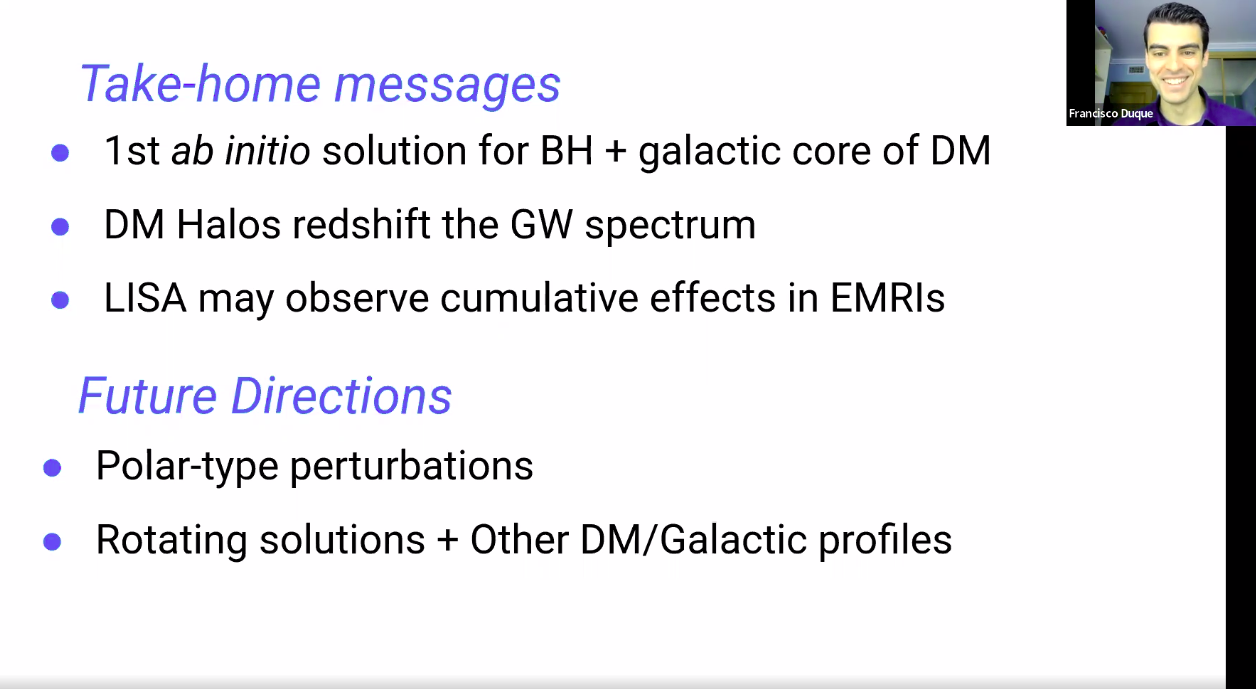