One of the biggest goals of gravitational wave astronomy is to test the nature of very compact objects. Are they really described by the Kerr geometry or do they admit more "exotic" horizonless descriptions?

If the latter is the case, they would be characterized by a different phenomenology when present in a binary system. For example, exotic compact objects can admit potential wells near their surface where long lived modes become "trapped". In contrast to a black hole, these trapped modes can be resonantly excited by the orbital motion of the binary, which would impact the dynamical evolution of the binary and consequently its gravitational-wave signature.

However, since exotic compact objects are not composed of pure vacuum, some of our usual assumptions when dealing with binary systems do not hold. One of these assumptions is stationarity. GRIT members Vitor Cardoso and Francisco Duque are currently finishing a work on this topic, where they show that resonances in exotic compact objects can grow on timescales compared to, or even bigger than the timescale for dynamical evolution of the binary, undermining the possibility that these resonances develop on astrophysical setups.

Francisco made a visit to former GRIT member and friend Rodrigo Vicente to present this work at Instituto de Física de Altas Energías at Universidad Autónoma de Barcelona.  They had the opportunity to discuss this and other physics problems while watching Barcelona-Benfica at a very rainy night in Camp Nou! 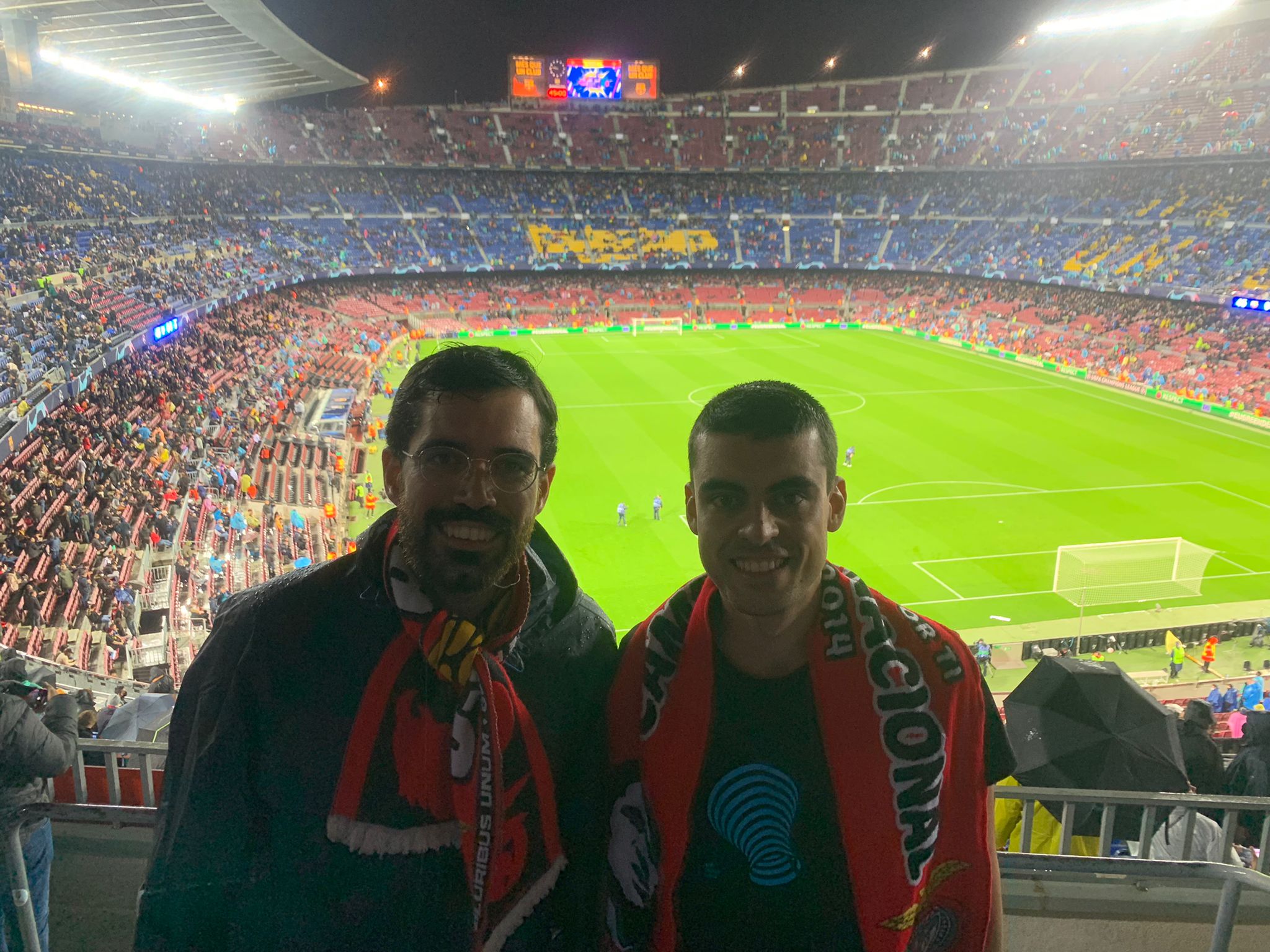