The center of our galazy harbours a supermassive black hole, around which bright stars and gas clouds orbits. The figure depicts the orbit of the S2 star, the star tightest bound to the black hole. After years of observations, the GRAVITY instrument team has announced the detection of the perihelium precession, in full accordance with the predictions of General Relativity. Another amazing day for science. You can read press coverage almost in any international newspaper, such as The New York Times. In Portugal, the event was covered in Público. Cardoso covered the event in a video interview here. The event announcement coincided with the 65 years of Einstein's death, a life celebrated here. 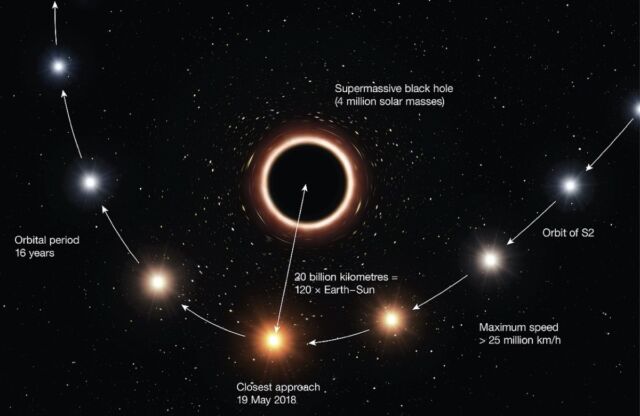